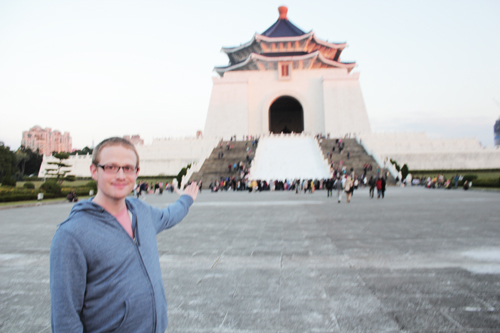 So you only have seven days to take a vacation. While some people would tell you that you couldn't see much in seven days, and that you'd pretty much just be wasting your time and money, I say: "No problem"

You really can do a lot in seven days, but you can't do everything. So you are going to have to be realistic with your expectations. You're going to need to maximize your time. In short, you'll need a plan. That's where this guide comes into play. Between these two covers(unless you're reading the ebook version!) you'll find a carefully thought out itinerary for your week long adventure in Taiwan. While each day will consist of its main destinations, dining and entertainment recommendations, I have also allowed you "free-time" to explore on your own(as well as some suggestions for how to spend that time), so I've really taken out a lot, if not all, of the guess work, whereas other travel guides tend to leave you feeling swamped down with there plethora of suggestions. Don't get me wrong, it's good to have options, but sometimes enough is enough!

I've also included some suggestions on how to save some of your hard earned cash, since I know many backpackers are on a budget. But if you do,have a little extra money to spend, there are some options for you too! These will be distinguished with the labels: "Cheapskate" and "Big Spender" respectively.

This guide is the product of my own experiences living in Taiwan, and what I have included in here are what I feel to be the best uses of your limited time. It is my hope that you enjoy reading this as much as I have enjoyed writing it, and that you will have an amazing adventure here in Taiwan. Okay, slow and steady is the name of the game today. After all, you've likely just flown in from the other side of the world, depending on where you're coming from, and you are probably feeling at least a little off due to jet lag. So we're going to take it easy. This day is going to be about recouping, and enjoying you're first exposure to a new culture and language.

And Taiwanese culture is very colorful and mysterious to us Westerners, no doubt about it. What, with the esoteric practices of Qigong and Gungfu(traditional Chinese martial arts), acupuncture and other forms of traditional medicine, the mix of modern structures and several-hundred year-old Buddhist, Taoist and Confucianist temples strewn about through the streets, lavishly decorated and very foreign to us, the difference in culinary tastes, and just the way of life on the densely populated island; rest assured that it is all going to feel very novel at first(unless you choose to live there for five years like I did, then it's all going to feel pretty ordinary after a while!). Expect to feel excited, and most likely overwhelmed by all of the new sights and sounds. It's okay, it happens. It's called culture shock, and it hits everyone differently. While culture shock is definitely going to impact expats much more deeply than it will their vacationing counterparts, it's still something that you are going to want to be aware of, just so you will know what you're experiencing is a normal reaction to your new surroundings. In general, there will be a period of excitement or possibly euphoric elation as you experience new and novel situations. These initial "positive" symptoms of culture shock are often followed up by more " negative" symptoms. Below is a list of common "negative" symptoms of culture shock that you should watch out for.

Some symptoms of culture shock to be aware of are:

-Extreme homesickness- You may not experience this if you are merely visiting a country for a week, but if you choose to stay or an extended period, like I did, then you are going to feel this way sometimes, especially if you have family back home. I myself have experienced this to a degree.

-Feelings of helplessness/dependency- It is common for people to rely on a guide, or a native friend or significant other when they are in a foreign country. While this is natural, especially if your grasp of the local language is poor, though it can be crippling and severely limit what you are able yo do, and when you're able to do it. I for one, in my early days in Taiwan, was very dependent on my boss, and other co-workers, and later my girlfriend at the time (now wife), Ruby. There is nothing wrong with relying on others to a certain extent, but you need to be willing and able to learn to handle things on your own.

-Disorientation and isolation- You may feel out of place, you won't know your way around, and you most likely won't know anyone in your host country. And believe me, it can be a very daunting task making new friends in a foreign land, though it is easier for some than others. As such, you may feel like you're on your own. When I first arrived I. Taiwan, I was only really comfortable going to and from work, along with a handful of other places, and I spent most of my free time after work home alone, watching TV or reading. It didn't take me long to branch-out, but unfortunately, some people never get over this.

-Depression and sadness- You may feel depressed, or helpless. Like you have no control over what happens, which may lead you to question your choice of moving/traveling abroad. I felt a little bit like I didn't know what I'd gotten myself into for a while, but I got over it.

-Anger- Some people may be come angry, and hostile to others as a way of coping with the changes in their life. I never really experienced anger, though everyone will be frustrated from time-to-time.

-Sleep and eating disturbances (too little or too much)- If you weren't a night owl before, you may become one. If you've never been a binge eater, you may become one. Inversely, you may oversleep, and under eat. I was young, and had always been somewhat of a night owl, but due to my work schedule, my sleeping habits became much worse. This lasted for a few years. I also gained a lot of weight my first year in Taiwan, as I discovered tons of new foods and drinks that I loved. Some people I know list a lot of weight though, because they just couldn't acquire a taste for authentic Chinese food.

-Excessive critical reactions to host culture/stereotyping- Things like "they eat with sticks, they're animals" may be some criticisms that people express. Thus is extremely inappropriate, as you are a guest in their country, and as such, should be behaving with  respect and dignity. Remember, you may be their first impression of your own homeland. I am proud to say that I never experienced this symptom. In fact, I have grown to deeply live and respect Chinese people and their cultural traditions. This is the one thing that you MUST be open to if you are going to be spending time in a foreign country. So please, be a good representative of your country. First impressions are BIG.

These are just some of the ways symptoms of culture shock may manifest, and keep in mind that everyone is different. Some of the things I experienced might not bother you at all, but rest assured you will have your own struggles if you stay in a foreign land for long. So ease into the water, don't overload your system. What's the rush? You've got plenty of time! Anyway, I've kind of run on a little longer than I intended to. In our next installment, we'll be covering your plan for your first day in Taiwan. So stay tuned!